Picking a battery and charger combo for your Airsoft AEG can be confusing. There are many types, sizes, styles, and connectors to consider which might not be compatible with certain chargers or airsoft guns.

NiMh
Traditionally NiMh (Nickel–metal hydride) batteries were commonly used in Airsoft Guns because specialized sizes were uncommon and the internal components of the gun were fragile. NiMh batteries are cheap but have several downsides.

Pros:
+Cheap
+Can be stored at maximum charge

LiPo
LiPo (Lithium Polymer) batteries are the standard for Airsoft enthusiasts most recently. With advancements in battery technology in the last decade, users are able to achieve more shots per charge, unlock previously unheard of levels of performance, and fit it all in a smaller space. Modern airsoft guns are universally strong enough to withstand a 7.4v LiPo battery and many can handle the use of an 11.1v battery as well.

It is recommended to use a 11.v LiPo if your gun has a mosfet, and 7.4v if your gun doesn’t. The voltage represents the total power that’s fed to the gun, so using a 11.1v will increase your rate of fire on fully automatic. Using an 11.1v battery will also increase your trigger response (reduce cycle time) on semi automatic and result in a much snappier gun. Users should always pick a LiPo battery with at least a 30c discharge rate to keep up with the performance of the gun. Using a lower than 30c discharge rate can put increased stress on the battery as the gun may draw higher than the battery is rated for.

It should be noted that LiPo batteries should be stored long term at a partial charge (around 50%-70%) to minimize cell degradation. If properly taken care of, LiPo batteries will last several years and provide nearly original storage rates.

LiPo batteries should never be completely discharged and doing so may damage it. Once the battery starts to empty and you notice the gun performing sluggishly as a result, it should be swapped to a new battery.

Pros:
+High density, maximizing the battery space of your AEG
+Available in 7.4v or 11.1v to suit your needs
+High performance
+Excellent compatibility
+Excellent long term recharge rates (up to 90% of original life after 5 years)

Cons:
-Discharging fully can permanently kill the battery
-Requires a smart charger that supports LiPo (although these are quite cheap nowadays)

The shape of the battery is very important to ensuring that it fits in your AEG. Batteries typically come in Stick, Multi (butterfly/nunchuck), and brick.

The most common form factor for LiPo. Sticks fit in most AEGs and are compatible with the buffer tubes of most M4 rifles. A 1000mAh stick is recommended for generic fitting in almost any AEG on the market today. A 1450mAh stick is also perfect for use as a buffer LiPo.

Multi Piece (Also known as Nunchuck or Butterfly) are good for tight spaces where you can tuck the individual cells in. Some guns require this style but they are not as common. Some M4 stocks have spaces for Multi pieces.

Mini Tamiya is the traditional connector that comes with most Airsoft guns. It’s usually a translucent green or white colour. It’s typically a poor performing connector but is easy to install in bulk so many factories use it. Some guns are coming with alternate connectors from the factory now.

Deans connectors are significantly higher performance than Mini Tamiya. This is one of your most cost effective upgrade options as the cost is as little as $1-$2, but the performance benefit can be as high as 3 rounds per second in full auto as well as better trigger response in semi auto.

You’ll be able to feel the difference between a gun with Mini Tamiya compared to Deans immediately because of the resistance reduction in the circuitry of the AEG.

Choosing a proper battery charger is important. Some chargers are not compatible with some chemistry makeups and can result in damaging the battery.

For LiPo, you need a smart charger to balance the cells correctly as well as turn off to prevent overcharging. There are many models out there but it’s important to get one that’s tried and true. Our go-to charger is the SkyRC E3 due to its affordability, ease of use, and excellent reliability. Many other charges in that price point are fire hazards and should be avoided.

If you’re looking to charge both NiMh and LiPo batteries, as well as fasting charging and more access to features, the Maple Armouries IMAX B6AC charger is your best bang for your buck. The B6AC charges about 6 times faster than the SkyRC E3 and is also microchip controlled to provide more precise cell balancing. 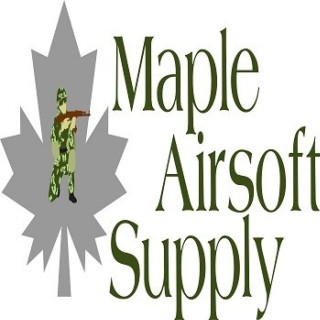 Located in Waterloo, Ontario, Maple Airsoft Supply was founded to provide the airsoft community with high quality airsoft guns at a fair price. We deal in both retail and wholesale airsoft distribution of several brands including S&T, ZCI, NPO AEG, as well as our in house brand of parts and accessories.